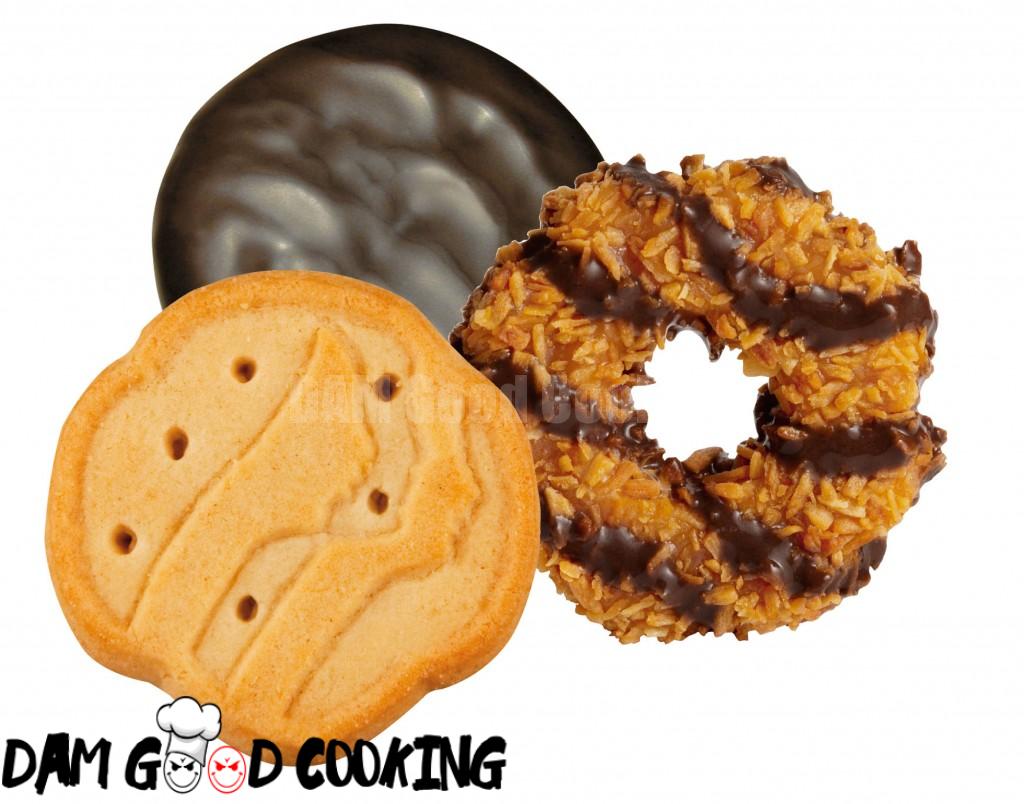 Here’s a dirty little secret the Girl Scouts don’t want you to know: Not all Girl Scout cookies taste the same. And I’m not talking about how Samoas taste delicious, whereas Do-Si-Dos taste like someone rubbed your tongue with peanut butter sandpaper. I mean that the exact same cookie can look and taste differently in different parts of the country.

Those in the know have been aware all along that Girl Scout cookies are made by two different bakeries. The Girls Scouts of America doesn’t try to hide this fact too much: It’s listed under each individual cookie on their website.  But from there, the story blurs a bit. In some places, they admit that “recipes and ingredients may differ slightly” between cookies made by the two licensed bakeries—which, for the record, are ABC Bakers (based in Richmond, Virginia) and Little Brownie Bakers (located in Louisville, Kentucky, and owned by parent company Kellogg’s). However, some cookies have different names depending on where they’re produced. For those varieties, the Girl Scouts say, regardless of the name, “it’s still the delicious cookie you’ve grown to love.”

The people over at Central Track decided to get to the bottom of all this with some extremely sugary investigative reporting, hunting down varieties of cookies from each bakery and comparing them side by side. What they found is that, for supposedly identical brands, the cookies varied rather significantly.

It was like this for all five cookies they tested. Though close in appearance and taste, they all had distinct differences, with taste testers even having “a definite preference.”

So what are we to make of all this? It’s not to say that one bakery is good and one is bad; it’s just a reminder that the next time you’re in the market for Girl Scout cookies, you may want to check the label and shop around.