Sure, India sending an orbiter to Mars is big news, but does it get your stomach excited? No, it doesn’t, because Martians aren’t currently producing any startling innovations in the food space, unless you count “hiding in underground caves waiting for humans to show up so we can harvest them for nourishment” as an innovation. To get your belly and mind rumbling at the same time, we rounded up 10 culinary world Next Big Things destined to colonize your belly.

They tell you if your food sucks
Chinese web services giant Baidu is developing chopsticks that go all Dr. Spock on your food, giving you science-y information about how good or horribly bad it is without sugarcoating facts like you secretly wish they would. The project actually started out as a web prank, but now it’s become very, very real.

By flashing blue or red, the sticks let you know if the oil used in your food is of guiltlessly edible quality — a ubiquitous concern in China, where an estimated one in 10 meals served uses gutter oil. The utensils will also be able to gauge PH levels, temperature and caloric information, and send nutritional data to phones via an app.

If the technology takes off, you might soon be forced to reckon with the fact that you ingest enough salt to cure a pound of jerky every week, and that in general you will, without hesitation, eat something you know with certainty is downright toxic, if it smells and looks good enough. 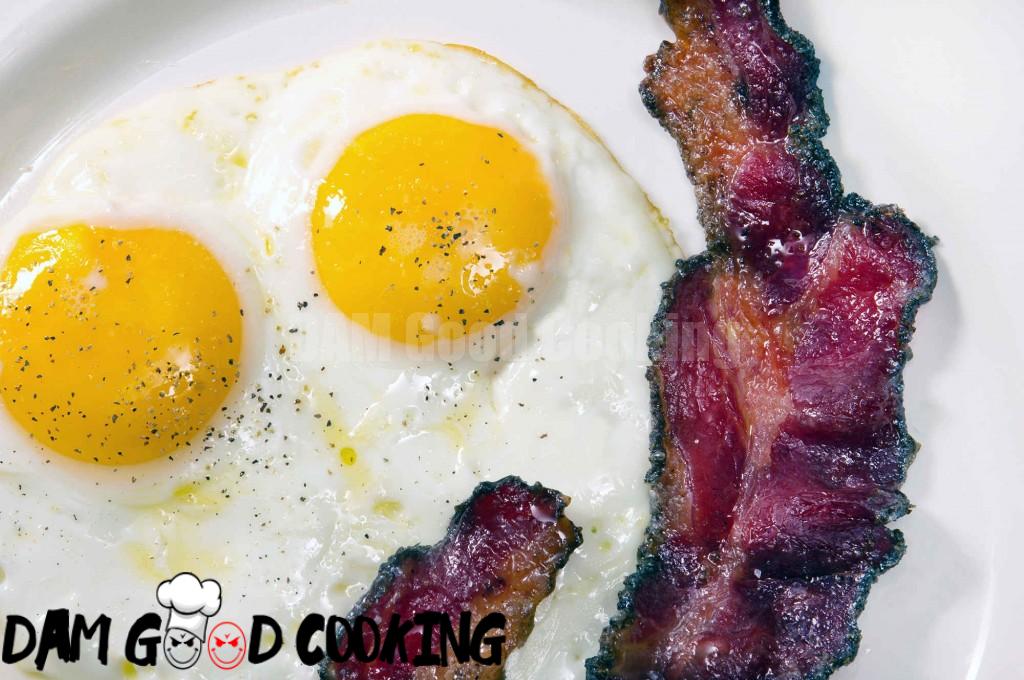 Bacon made of beefy beef

It’s smokey, it’s sweet, it’s made of beef — check, check, and for the love of check, check.

Described as “smoked and cured glazed beef slices,” Schmacon was invented at Schmaltz Deli in Naperville, Illinois. Though it is not the first beef-based bacon product to hit the market, it is the first with a really good name, and the first to win the National Restaurant Association’s “Distinguished, Highly Competitive Food Innovation Award”, which it took home this past March.

“It’s not along for the ride, it is the ride.” – the Schmacon guys

Additionally, Schmacon happens to be mildly healthier than bacon, which doesn’t really matter but is good to know. 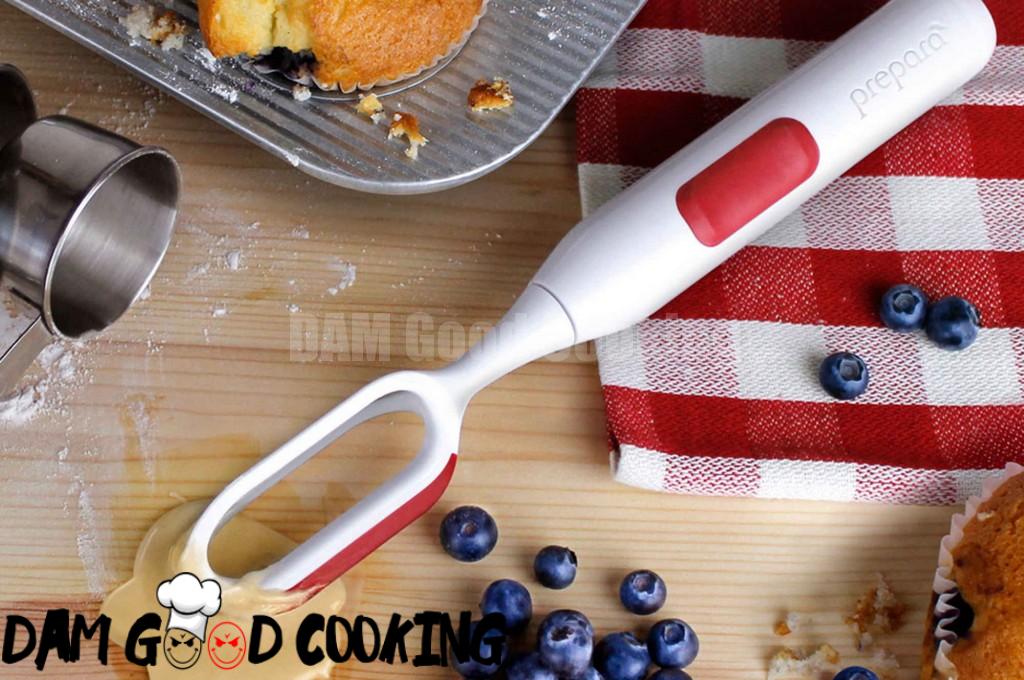 A spatula for lazy people

Described as “a cordless handheld unit with a high-torque motor that combines wet and dry ingredients quickly for light and fluffy results” (sexy), this spatula-beater-whisk hybrid is much easier to whip out than the Kitchen-Aid mixer whose whisk attachment you misplaced because it didn’t fit in a drawer and now you can’t remember where you put it.

This gadget can run for two hours straight on simple battery-powered badness, so you can make SO MANY cakes one of these days. Or some pancakes. The company stresses that the rubber edges scrape the bowl while you mix, which is crucial if the arduous task of chiseling dried stuff off the bowl is the main reason you don’t cook anything that requires batter-beaters. 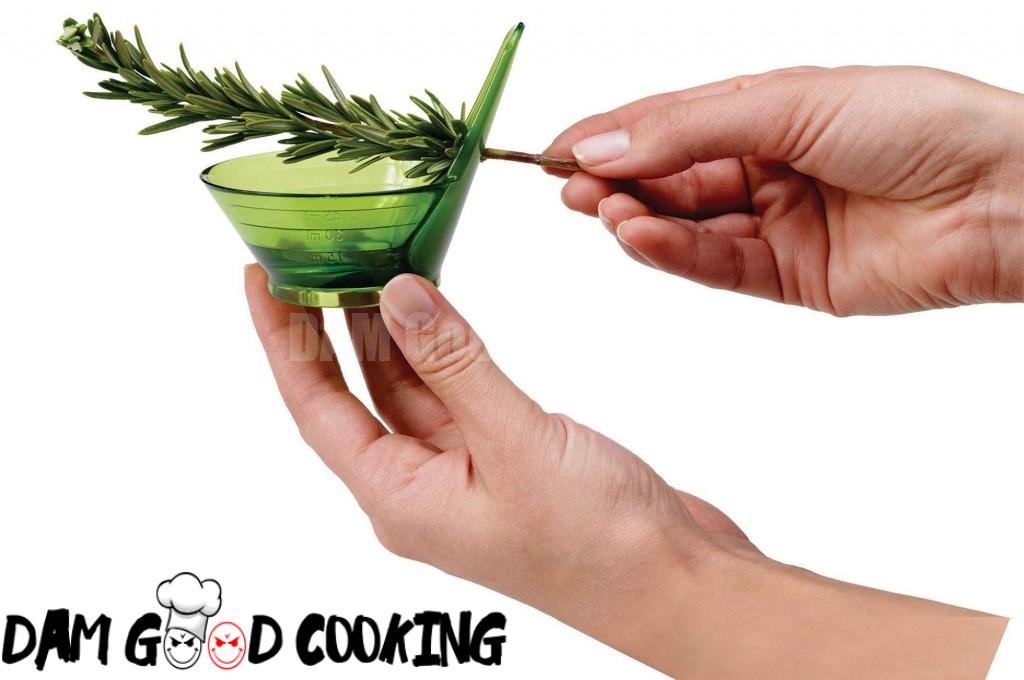 Sure, it looks like a stupid little bowl with stupid little holes in it, and it kind of is. But the next time you’re tasked with plucking bits of rosemary or thyme off the stem, leaf by agonizing leaf, you’re going wish you had a Zipstrip, which does this menial and highly annoying task for you.

As far as simple, cheap and useful dilettantish kitchenware goes, this herb-stripping savior is everything the Slap Chop was probably not. 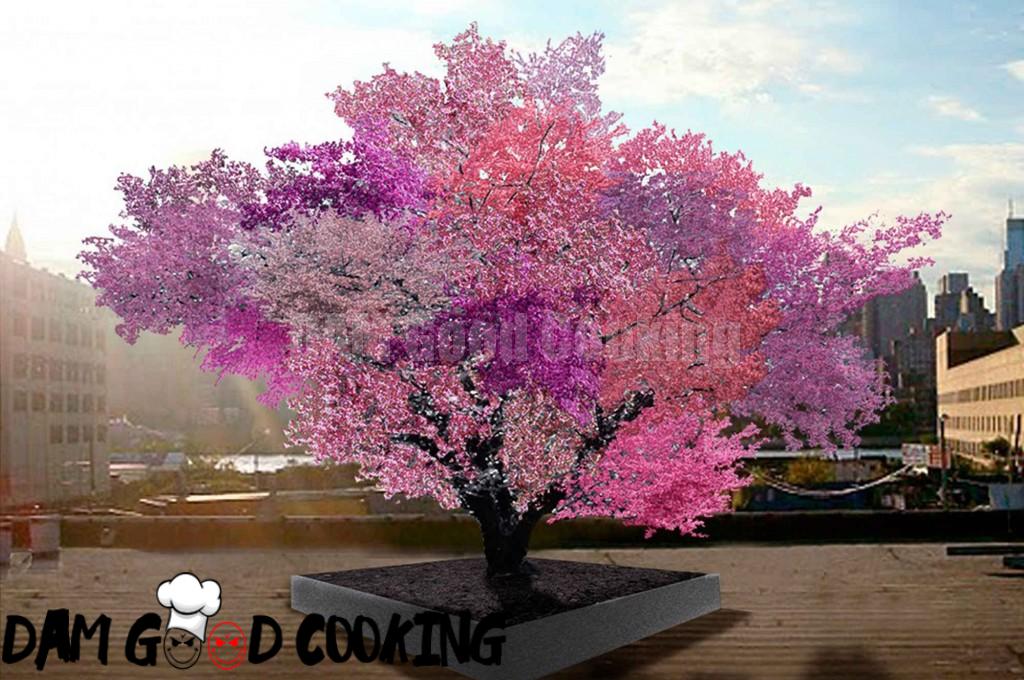 The Tree of 40 fruits

Plums and peaches and cherries on the SAME DAMN TREE

Created through grafting, artist Sam Van Aken’s bio-work sounds like something out of the Old Testament, but The Tree of 40 Fruits is actually blossoming here in 2014. As its name indicates, it can produce up to 40 different varieties of fruit at once, its awesomeness only limited by the fact that it only produces stone fruits (those with pits like peaches, plums, and cherries)… and in real life looks nowhere near as attractive as Van Aken’s Photoshopped version above. 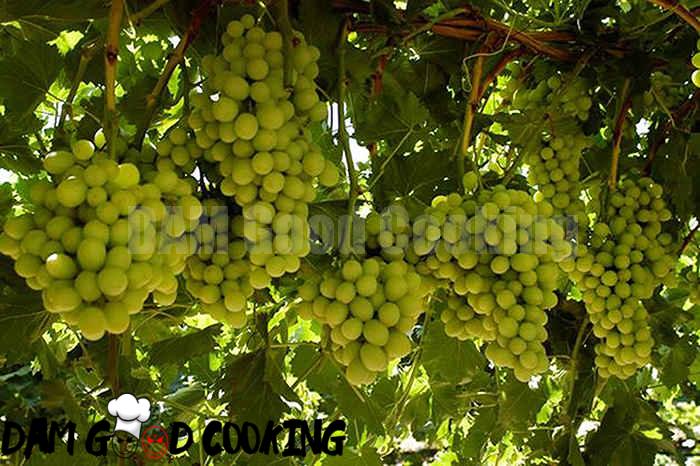 This is what happens when you come up with a brilliant idea at age 5, then devote your life to actualizing it instead of forgetting about it a week later and deciding you want to become an astronaut who also plays football and shoots lightning bolts out of his mouth. Created by Grapery, which claims they “taste exactly like the pink spun-sugar treat“, the new fruit for people who’d rather be eating candy is popping up at grocery stores across the country after being confirmed as a “real thing in the works” last year.

The grapes were developed in partnership with International Fruit Genetics, a California-based operation led by renowned fruit geneticist Dr. David Cain, and their flavor and texture are the result of extensive cross-breeding (i.e., they’re not genetically modified). All in all, it’s one small step for man, and one giant leap towards donut-flavored broccoli. 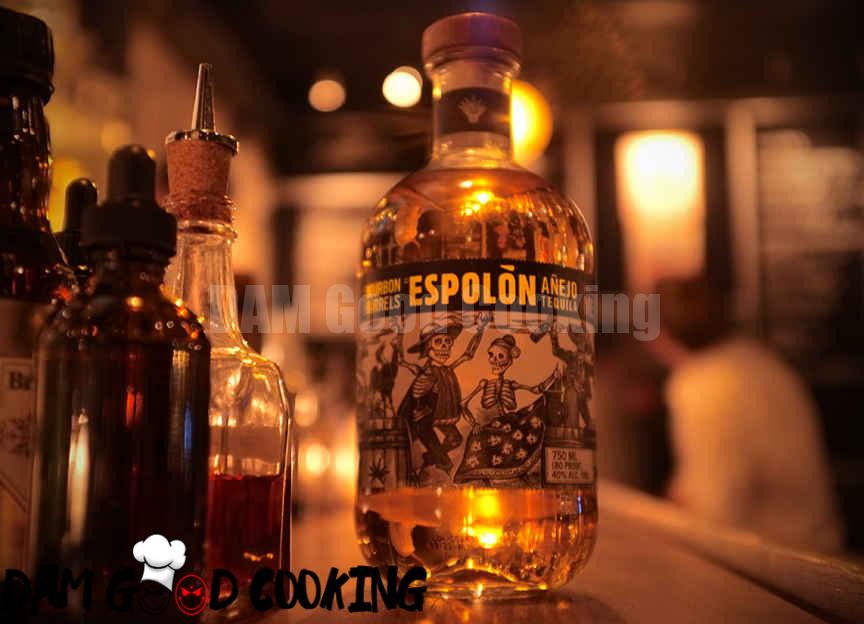 The Añejo category was revolutionary in and of itself, but Espolòn’s approach has added even more complexity. After aging their Highland tequila for 10 months in American oak (during which time they play classical music to it “for inspiration”), they transfer it to a spent bourbon barrel for an additional two months of flavor extraction. The result walks the tightrope between agave and wood while wafting off hints of dried fruits and butterscotch, then hits you with caramel, vanilla, a little chocolate, and more dried fruits upon tasting. The label captures the spirit’s joyous defiance: two skeletons perform the Jarabe de Jalisco (Hat Dance), banned right before the Mexican War of Independence because it was considered risque. We can’t tell you why despotic regimes always assume the best way to stay in power is to stifle self-expression, but we can say that that this tequila is staging a pretty kick-ass rebellion. 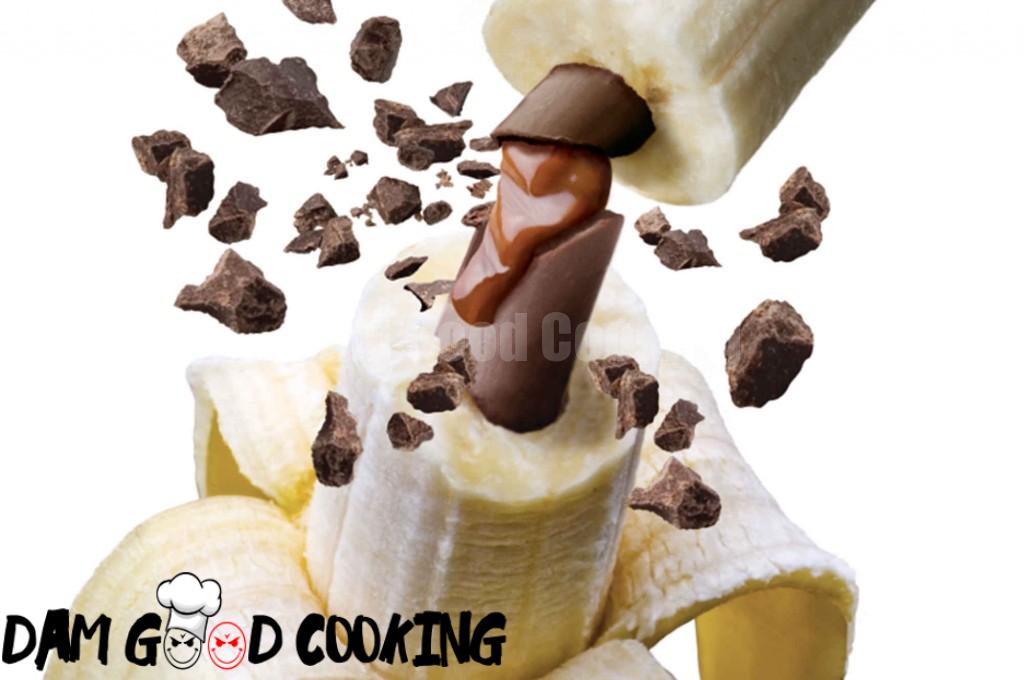 You know you’ve had the thought “this banana is okay, but it would be better if it were less banana and more hot caramel or something” — because everyone thinks that.

Luckily, not-afraid-of-phallic-jokes Argentinian inventor Sebastián Berger has engineered a doohickey called the DestapaBanana, which removes a cylindrical chunk from the core of your tube fruit, so you can fill that hole with whatever you damn well please.

Will guests occasionally question whether the device sitting on your counter is, in fact, a sexual aid? Sure. But that’s how you’ll learn who your real friends are 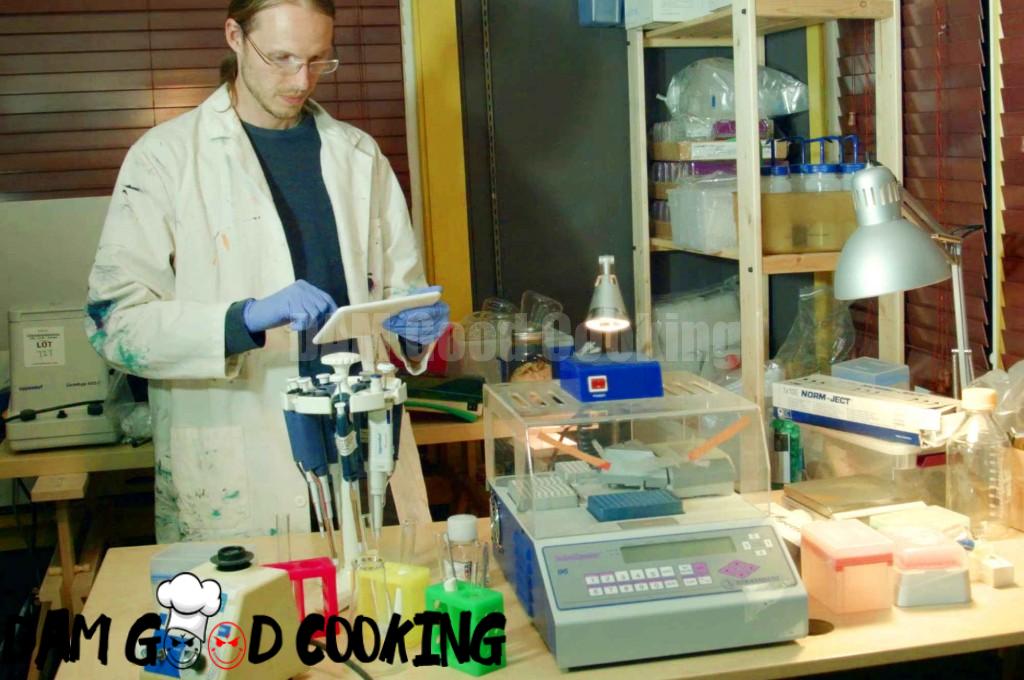 There are two main reasons to care about the latest development in vegan cheese: the first is that for some reason you can’t or don’t eat real cheese (no judgment), and the second is that you’ve seen the movie Soylent Green, or at least seen it mocked on The Simpsons.

The deal: some crazy biohackers in San Francisco have created a product that synthesizes the genetic sequences of mammals — including humans — to make not-from-the-teat proteins that then replicate the real thing in a pretty freaky way that somehow involves baker’s yeast. The decision to incorporate human DNA sequences was to lessen the chance of allergic reactions, and increase the opportunity for “Real Vegan Cheese is people!” jokes, even though technically it isn’t.

The endeavor raised more than $35,000 on Indiegogo, so get ready to have your fridge filled with a substance developed by, among others, a “medical microbiologist and molecular immunologist with a passion for music, social justice, and Real Vegan Cheese!” 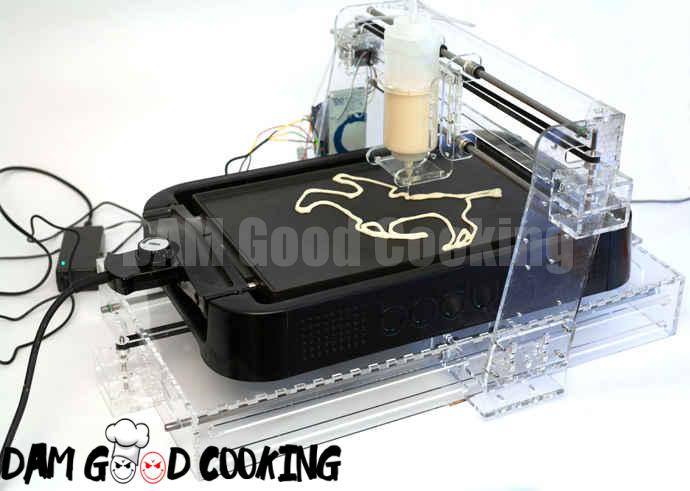 Life is about making life better, so why would you put a simple sugar cube in your coffee when you could instead add an elaborate piece of sugar art printed to look like fine china? 3D food printing lets you do that — and companies like 3D Systems, whose ChefJet printer creates whatever you want out of flavored sugar, are closer than you think to turning every kitchen into the Jetsons’ kitchen.

Similar developments, like the PancakeBot, have hit the market recently, and though some might argue that pancakes are fairly 2D, you can still finally make a pancake that looks exactly like He-Man, and that means something. 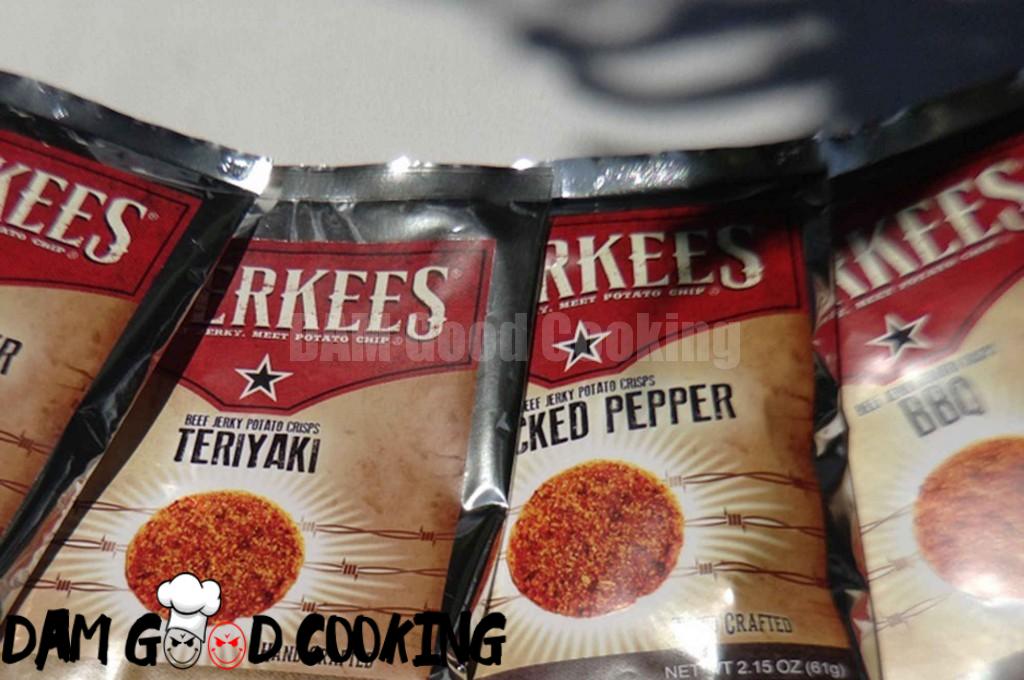 Welcome to the world of beef jerky potato chips

Neither chips made to taste of jerky, nor jerky formed into chips, Cherkees really are a combination of beef jerky and potato chips.

Made by Snack Innovators of Largo, Florida, these high-protein bites have been in development for three years, and are finally available for sale in three flavors: teriyaki, cracker pepper, and cayenne pepper, which, like chewing tobacco, reputedly will turn you into a goddamn sexual tyrannosaurus.

About a quarter pound of beef is used to produce each 2.15-oz. bag. If you’re just the pits, you might also get pumped around the company’s other innovation, Chollives, which sub out the meat infusion for “a heaping handful” of green olives.

Written By
Dave B
More from Dave B
Hello folks, and welcome back to http://DAMGoodCooking.com – My wife and I...
Read More